There was a time when Paula Risanto didn’t think she’d ever really ‘get’ sewing.

She tried taking lessons when her daughter Giselle (6) was a baby, and for a long while there was a sewing machine collecting dust somewhere around the house. Then came months of dreary lockdown in 2020 and a new creative motivation. “I must find the joy in this,” Paula remembers thinking. And so, the sewing machine got hauled out again. And this time there really was joy. 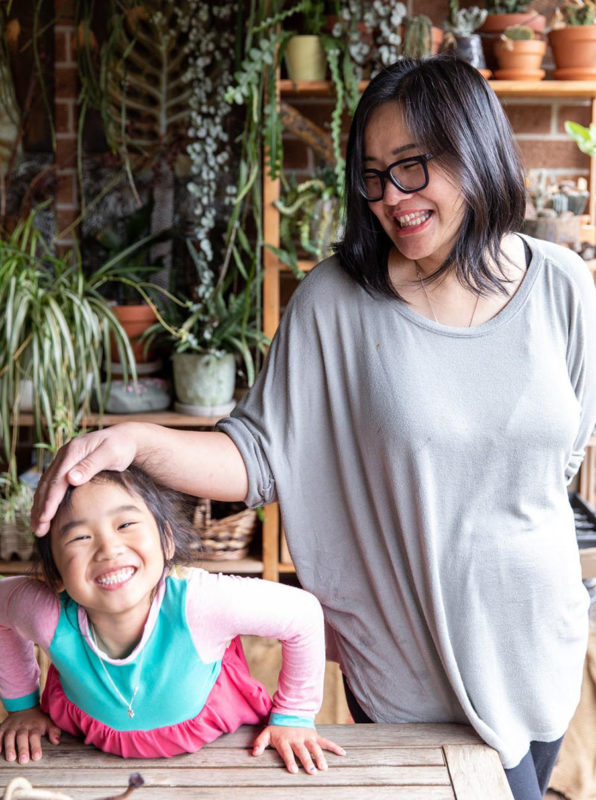 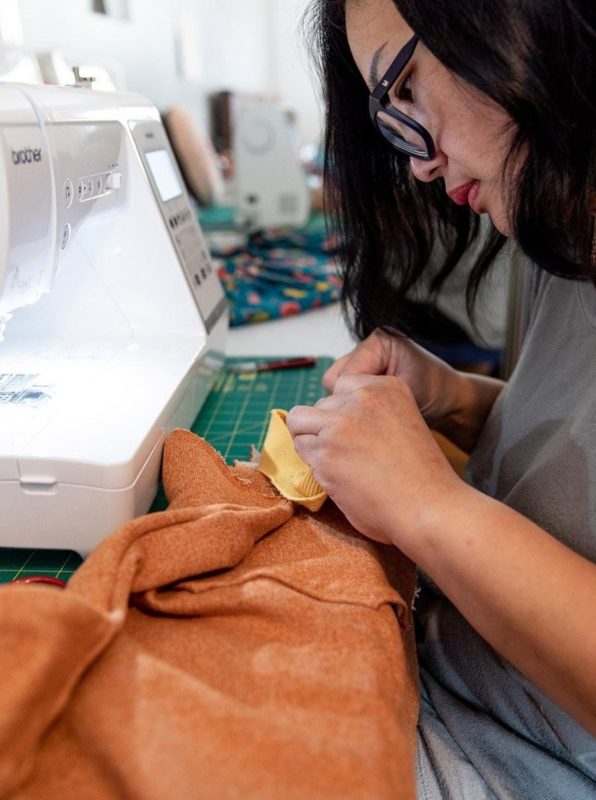 “It’s so satisfying to see my kids in the clothes I make them. ”

HOW TO GET STARTED WITH SEWING?

Try the simple stuff first. Choose an easy project to get started on,like a pillowcase,
curtains or a skirt. Good patterns will have easy-to-follow instructions. This makes your sewing adventures much easier!

Figure out how you like to learn! In-person sewing classes might work for you. I like going at my own pace and watching tutorials. Then I can re-watch when I need to.

Facebook groups are great for inspiration and asking questions. Most of the indie pattern designers I buy from have their own groups, so you can get very in-depth guidance.

“I really, really love it now,” Paula laughs, reflecting on her new hobby. “It’s so satisfying to see my kids in the clothes that I make for them.”

START WITH SOMETHING SIMPLE

This time around, Paula was able to teach herself at her own pace, she says. There was a lot of watching and re-watching tutorials on YouTube, asking for help on Facebook sewing groups, and poring over pattern instructions and machine manuals. Her first creation, she remembers, was a skirt for Giselle.

“I thought, ‘Start with something simple first, to learn,’” Paula says. “It was so messy! Holes everywhere! But Giselle doesn’t know. She really loves it. And that has encouraged me to learn more.”

Next up were shorts and leggings for Ren (2) – “fun and not as hard as it looks” – and then more complex patterns as Paula’s sewing confidence has grown: dresses, rompers, dolls and bags.

Along the way, she’s invested in new machines that help her keep up the pace with her new sewing skills. “After a few months, I thought, ‘I need to upgrade my machine.’ So I said to my daughter, ‘You can have my old one,’” Paula explains. “I went to a sewing machine dealer because I love to support small business, and I’d heard from a lot of sewing group people that you get good ongoing support from dealers as well. I found a lovely shop with lovely people.”

SEWING IT FOR THE KIDS

Being able to sew and make for her children is very “rewarding”, Paula says. But the real reason to sew for kids is basically because it’s all extremely cute. “I think choosing the fabric is the most fun part, and then looking at the patterns,” she says. “There are a lot of cute ones. I say, ‘Oh, I want this. Oh, I want this,’ and at the end my cloud storage is full of patterns and I have to upgrade!”

Right now, the kids don’t have much creative input in their mother’s sewing. Ren isn’t quite old enough to have wardrobe demands, and while Giselle sometimes helps her mum look at sewing patterns, “as long as she has pink and yellow, she’s happy”, Paula says.

Of course, her creations are made to be worn and enjoyed. When the kids grow out of them, some get re-used as doll clothes, and some special pieces are tucked away as future keepsakes.

What’s going to happen when Giselle and Ren get older and want to dress themselves? “I’ll deal with that later!” Paula laughs. “Maybe when they are older then I can sew for myself!”

Or perhaps she’ll get stitching for more children beyond her family circle. Paula is already getting a few commissions from the parents of Giselle’s schoolmates to sew similar outfits, she says. And she recently made a romper for a friend’s new baby: “When I gave it to her, she thought that I bought it. And I was like, ‘Actually, I made it!’ She was so surprised.” 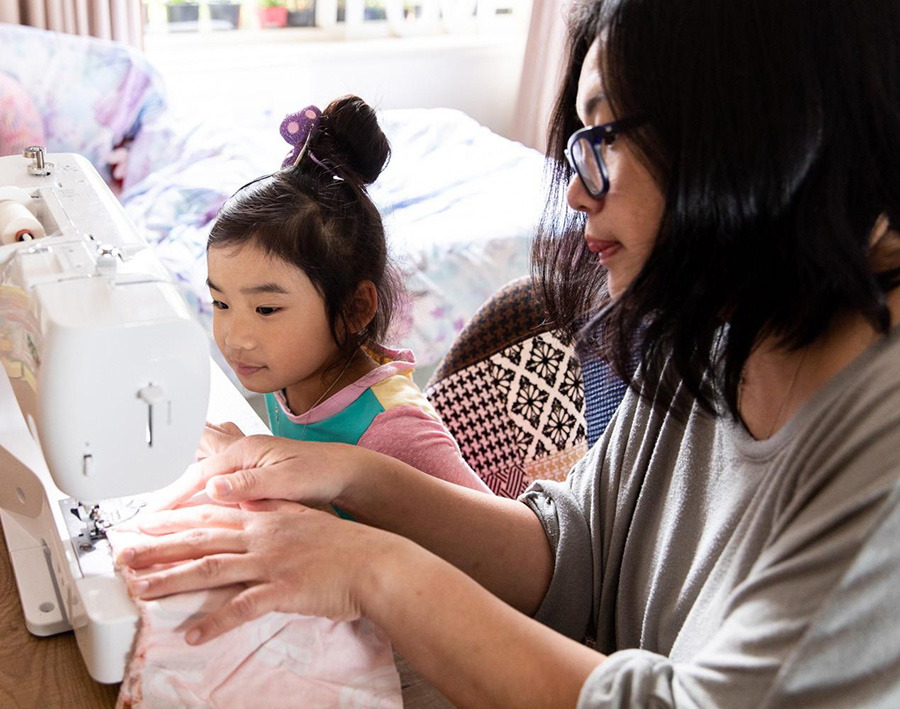 Paula may be a relative newcomer when it comes to sewing, but she’s always been a fan of handmade craft. Years ago she taught herself to crochet after losing her eldest daughter, Gabrielle, in stillbirth. What started as therapy became a side business called Flamingpot, turning out bright yarn toys, accessories and homewares inspired by Gabrielle’s memory.

Making something by hand is always meaningful, Paula says. “It’s always rewarding with my crochet and my sewing when people are happy to receive these handmade things, or wear them. It makes me so proud,” she says. “I always tell Giselle, and of course I will tell Ren, too, ‘Handmade is oneof-a-kind and you cannot find one thing identical to another. There’s always something that is imperfect.’ And I think that’s great.” 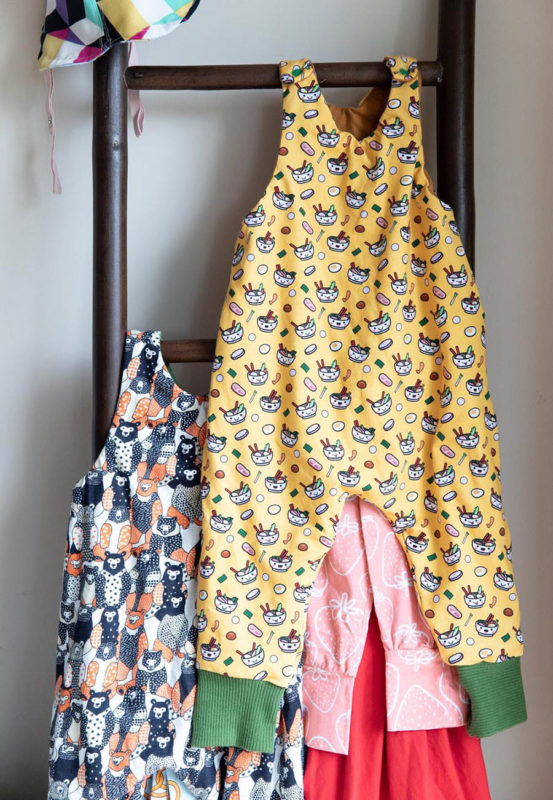 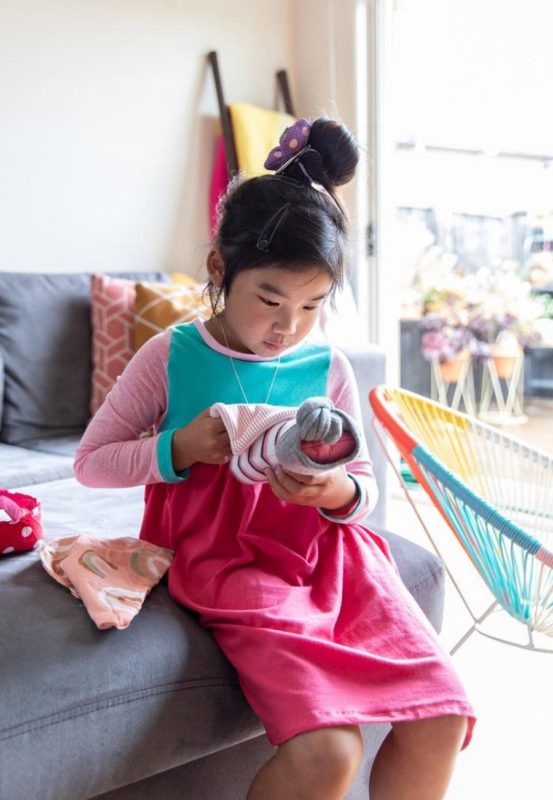 “Handmade is one-of-a-kind and you cannot find one thing identical to another. ”

SEWING TIME IS ‘ME TIME

Paula fits in her sewing around parenting, part-time work as a criminal law accounts assistant, time with husband Vian, and everything else life brings – including pandemics.

Working at her sewing machine, Paula says, has become a way to revitalise her creative spark. “Doing craft always gives me a recharge. It’s relaxing as well,” she says. “I am at a point in my life right now where I love my job and I love what I’m doing at home. The kids are a little bit older. The sleepless part of parenting is starting to fade a little bit. And sewing is ‘me time’.”

Of course, the balance is never easy. Sewing usually happens at night when the kids are already in bed, Paula says. And she admits to getting so far into the craft zone that she sometimes accidentally stitches till 3am. This doesn’t happen too often (“I get too sleepy!”), but sewing has become a priority for Paula. And it’s one that she has to make sure stays on her to-do list.

“When I want to sew, I try to be more organised. I try to plan my day much better,” Paula says. “There’s a Plan A, and if Plan A doesn’t work I go to Plan B. And sometimes if I really, really need my me time, and I just cannot function without sewing, I ask my husband, ‘Can you please look after the kids – I just need this time.’ Even half an hour helps. This is something that gives me joy.” 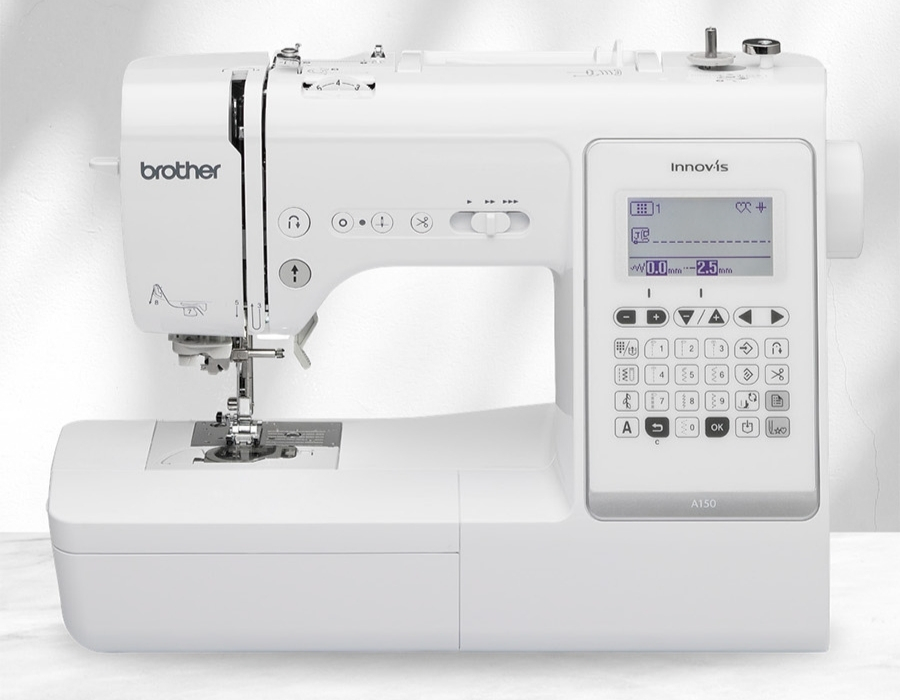 HOW DO YOU MAKE SPACE FOR YOUR HOBBY?

Get realistic about how much space you really need. With crochet I was used to
doing it in the living room with my feet on a couch. Sewing needs a bit more space and forethought.

Be as organised as you can! I have all my craft stuff in our guest bedroom, and it can get really messy. When everything is neat and orderly the space works much better.

Having a lightweight sewing machine also helps. This means I can set up on the dining table when I have to, and it’s not too hard to pack away when I’m done.

MAKING WITH THE
BROTHER INNOV-IS A150

Saving time is important for Paula, so the automatic features on the A150 are a big plus. There’s the auto thread cutting and auto needle threading for a little helpful assistance. But her favourite is the auto reinforcement stitch for the beginning and end of seams. “It saves a lot of time reverse stitching,” Paula says. “I just have to press the button once!”

The A150 is lightweight enough to easily carry around and pack away when needed, so Paula has been using it in the dining room when her craft area gets too chaotic.

As a sewing newcomer, she also loves all the how-to videos and operation manuals on the Brother SupportCentre. “It’s really, really good for beginner like me,” Paula says. “It’s user-friendly.”

Discover more here. Or talk to your local dealer to find out if the Innov-Is A150 is a good fit for you.